Artel "W" Miniatures provides the best resin miniatures of unique design for your games and collections. Sharp and precise details in resin of highest quality, dynamic poses full of character and a bit of love in every miniature.

PayPal payments are available worldwide, with shipping from the warehouse in USA. We`re also receiving payments via Credit or Debit card now.

Please note that customs duties and taxes are customer`s responsibility. We do not collect or pay any local taxes for you.

Usual shipping time is about 13-25 days. For new products and some popular items processing may take longer. If you need the goods urgently or at a certain time - please contact us. 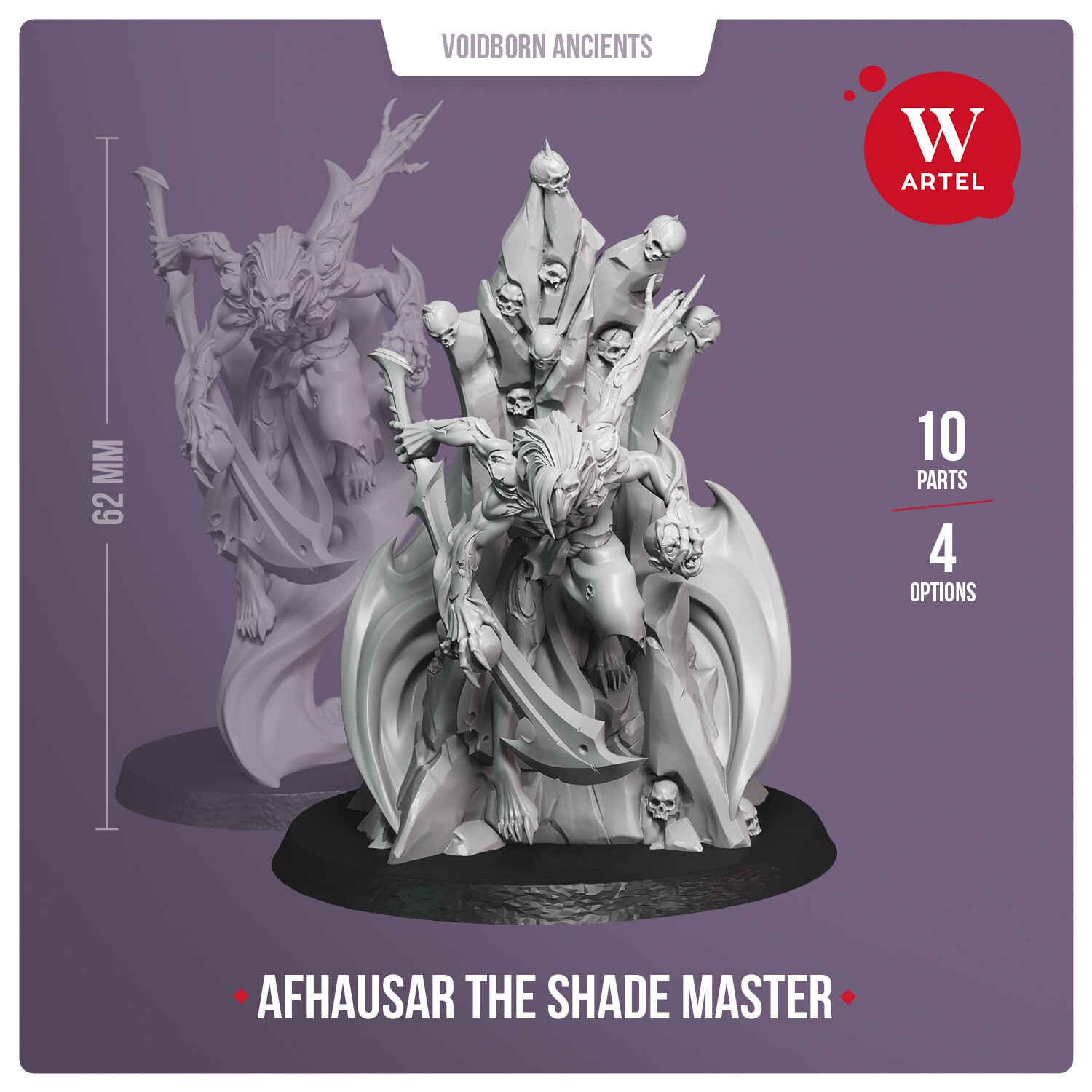 The race of the Ancients was once the greatest power in the galaxy. Now they are merely a shadow of erstwhile mightiness… But the greatest dangers are lurking in the Shadow! The Ancients called Voidborns wove their gloomy lair in Tenebris, the World-between-Worlds where eternal twilight reigns. Possessing the mystical powers of the everhungry Void, these decadents are paying for power and immortality with eternal unquenchable hunger, endless thirst for blood and souls. Their life is a twisted symphony of pain and pleasure, violence and lust, performed on countless myriads of souls. For Voidborns, everything and everyone but themselves is only a thing, a toy or a food.

Silent Shadow Husks obey their own overlord - the terrible Afhausar who’s also called The Collector. The hidden hall where his gloomy throne is set is decorated with a myriad of skulls, Shade Master’s personal trophies. This four-armed terror spewed out by Tenebris to horrify all living beings is driven by some mysterious and no doubt unbearably awful purpose.

Miniature is unpainted, unassembled, 50mm round base included.