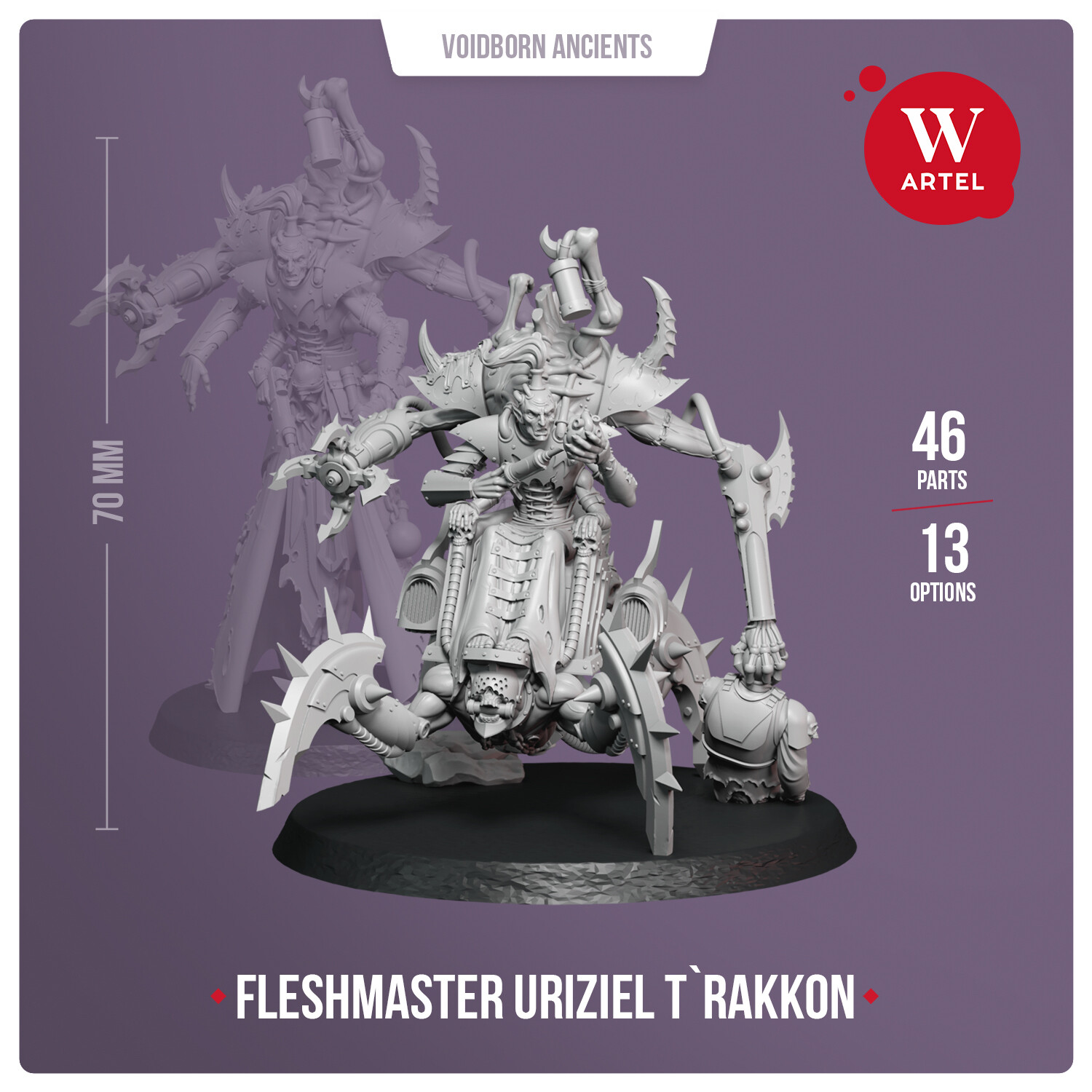 The race of the Ancients was once the greatest power in the galaxy. Now they are merely a shadow of erstwhile mightiness… But the greatest dangers are lurking in the Shadow! The Ancients called Voidborns wove their gloomy lair in Tenebris, the World-between-Worlds where eternal twilight reigns. Possessing the mystical powers of the everhungry Void, these decadents are paying for power and immortality with eternal unquenchable hunger, endless thirst for blood and souls. Their life is a twisted symphony of pain and pleasure, violence and lust, performed on countless myriads of souls. For Voidborns, everything and everyone but themselves is only a thing, a toy or a food.
Fleshmasters (and Mistresses) are feared and worshipped all around Tenebris, as there are no knowledge of flesh, no secret of blood, no mastery of bone unknown to them. They sculpt out of living flesh, as if it was obedient clay, granting immortality, power and ability… as well as pain, madness and endless suffering. Their services are expensive, but beware of causing Fleshmasters' anger, for their revenge will be terrible. In battle, they command legions of nightmare creatures, spawn of their blasphemous experiments… but the Masters themselves will not yield to any enemy.

Uriziel T`Rakkon is perhaps the most infamous and feared among fleshmasters of Tenebris. This ancient twisted mind in a monstrous body has multiple limbs and tools to implement his perverse ideas… But his main weapon that always helps in the dark art of death and torment is the vast army of his ghastly creations, the abominable results of inhuman experiments.

Miniature for wargames, collecting and role-playing. Consists of 46 parts, including numerous options.

Miniature is unpainted, unassembled, 40mm and 60mm round bases included.