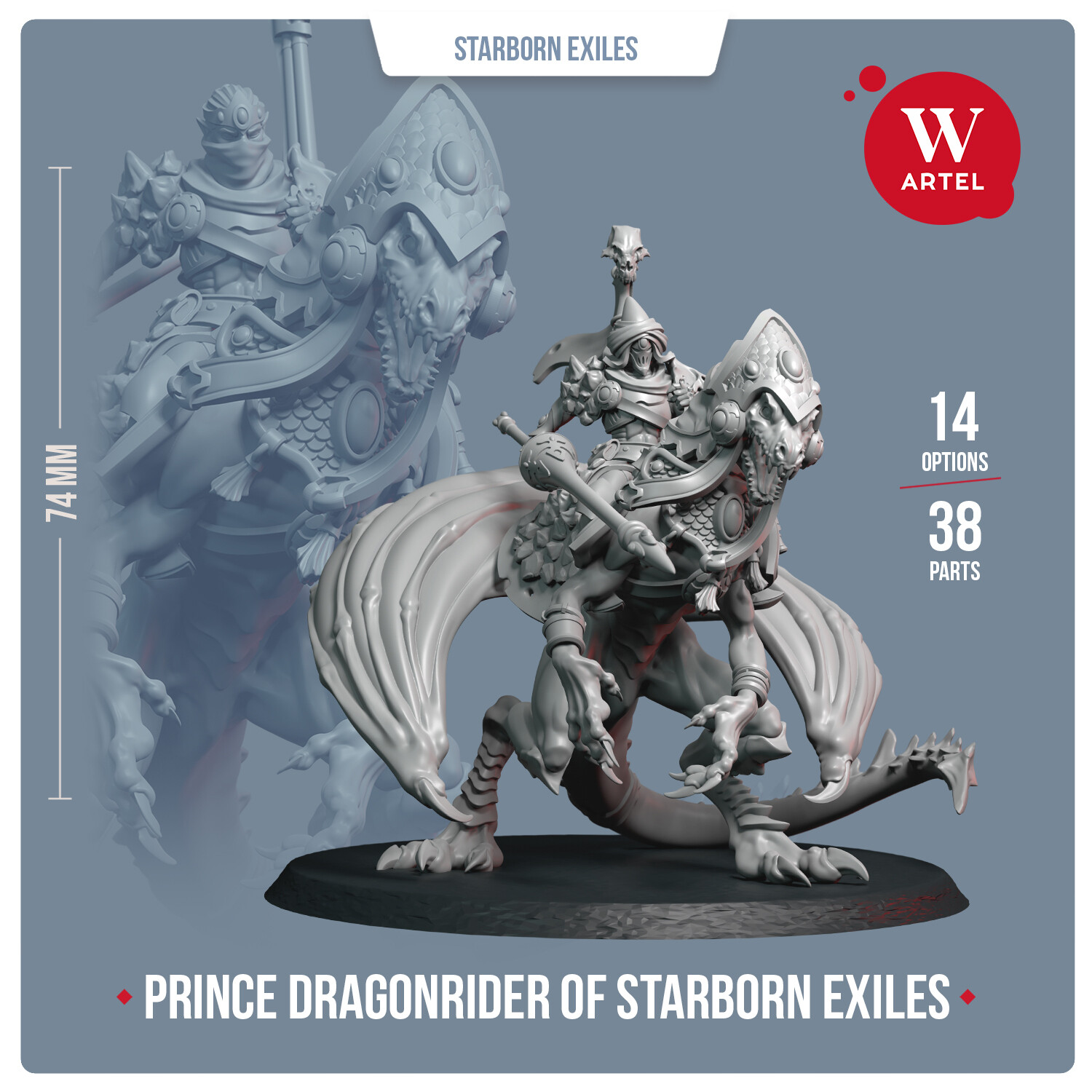 “Exiles” is the name for Starborns who left the boundless space and rejected the endless war to found their own kingdoms on far away planets and escape horrors of interstellar hostility in cozy atmospheric cradles.There are thousands of vastly different Exiles’ enclaves in numerous worlds… Starborn Exiles are generally seen as less technologically advanced compared to their cousins who continue to fight the desperate battle for survival among the Stars, but still they descent from demigods Ancients and possess countless marvels of technologies and sorcery.

Dragons are one of the few Shaal`diza`ar’s indigenous species, sentient reptiles with telepathic abilities who dwell in temperate forests. Exiles used to be at war with them once but over the millenia Starborns and natives have forged an alliance. Princes of Starborn Exiles often lead their forces mounted on mighty Dragons and treat their reptilian allies with honor and respect.