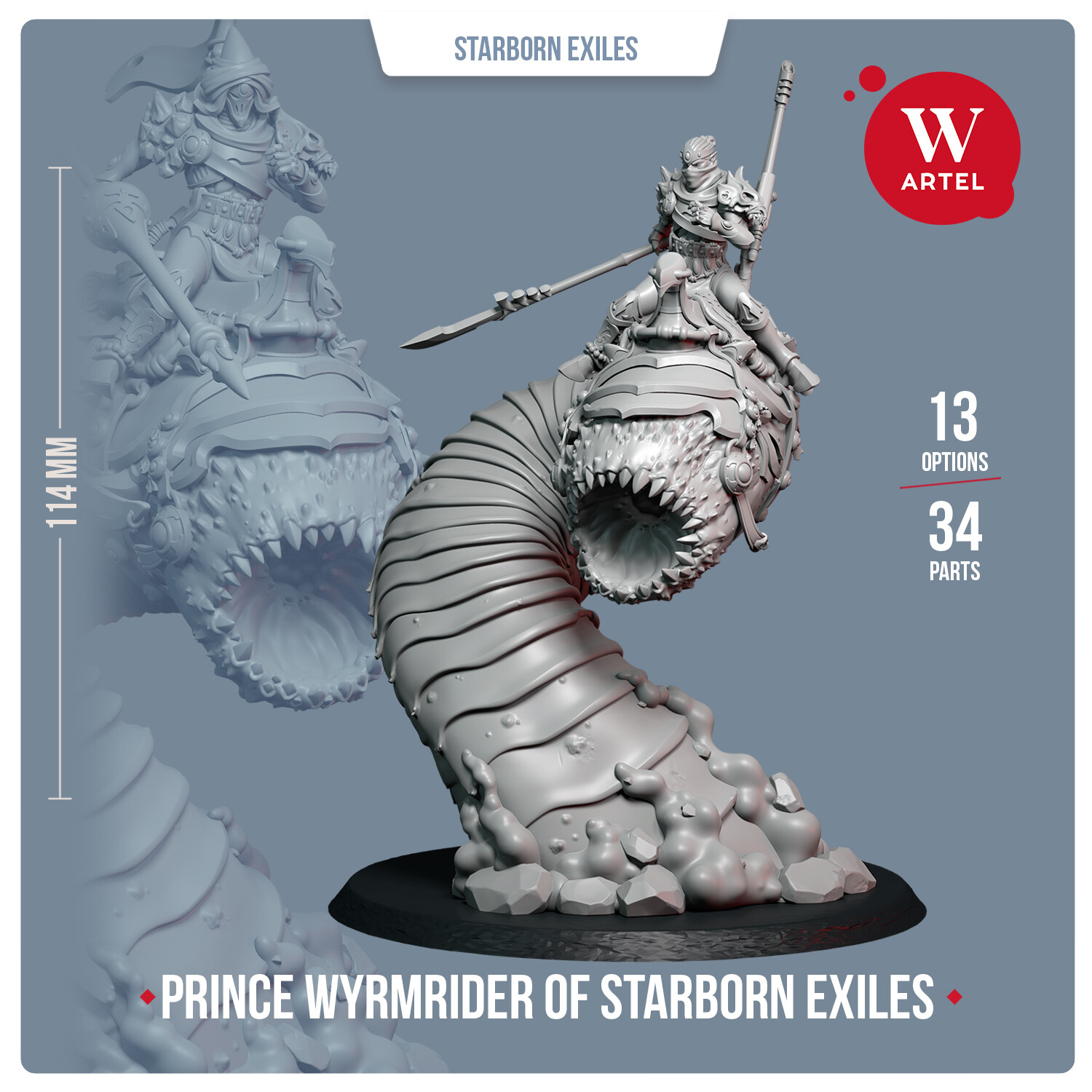 “Exiles” is the name for Starborns who left the boundless space and rejected the endless war to found their own kingdoms on far away planets and escape horrors of interstellar hostility in cozy atmospheric cradles.There are thousands of vastly different Exiles’ enclaves in numerous worlds… Starborn Exiles are generally seen as less technologically advanced compared to their cousins who continue to fight the desperate battle for survival among the Stars, but still they descent from demigods Ancients and possess countless marvels of technologies and sorcery.

Desert tribes of Starborn Exiles on Shaal`diza`ar have managed to tame monstrous sand-dwelling Wyrms. These enormous creatures are tireless and capable of traveling across the desert at tremendous speed. Wyrms are also known and feared for their ferocity and being unstoppable in a battle. Only the strongest Princes and the wisest Wayseers have the strength of will to subdue such a beast and make it serve them

Miniature is unpainted, unassembled, 60mm or 80mm base included