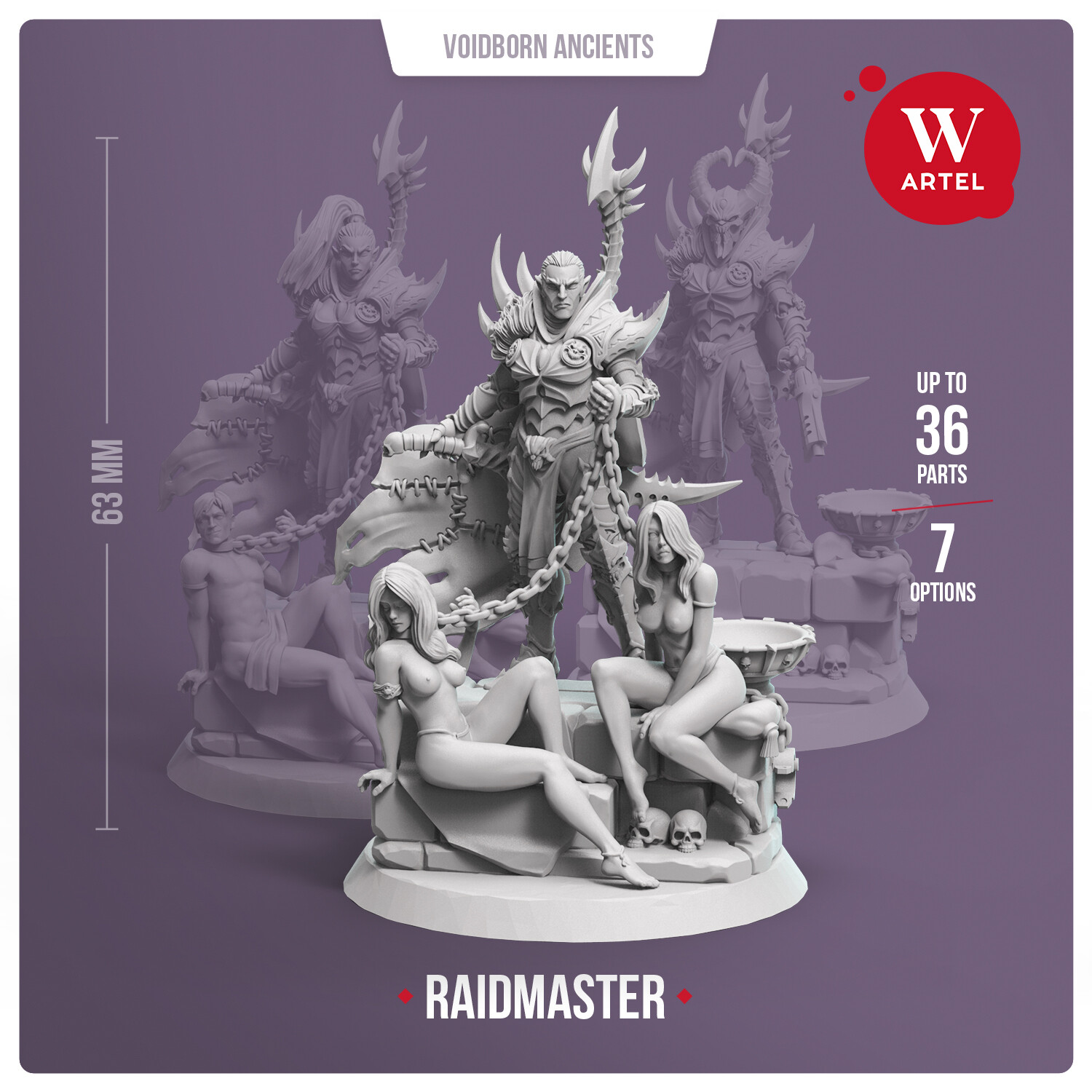 The race of the Ancients was once the greatest power in the galaxy. Now they are merely a shadow of erstwhile mightiness… but the greatest dangers are lurking in the Shadow! The Ancients called Voidborns wove their gloomy lair in Tenebris, the World-between-Worlds where eternal twilight reigns. Possessing the mystical powers of the everhungry Void, these decadents are paying for power and immortality with eternal unquenchable hunger, endless thirst for blood and souls. Their life is a twisted symphony of pain and pleasure, violence and lust, performed on countless myriads of souls. For Voidborns, everything and everyone but themselves is only a thing, a toy or a food.
Ruthless Raidmasters are the warlords of the Voidborn Ancients, leaders of raiding clans and the main suppliers of fresh meat for the slave markets of Tenebris. They leave the lion's share of the booty for themselves - not only to satisfy the hunger that always torments them, but also as symbols of their status and greatness. Raidmaster's "little pets" may look well-groomed and healthy… but what do you know about the nightmare they live in, perhaps for centuries, until the owner finds a new favorite toy?.

BASIC PRICE IS FOR RAIDMASTER AND SCENIC BASE ONLY, WITHOUT SLAVES! CHOOSE YOUR KIT IN OPTIONS.

Miniature is unpainted, unassembled, 40mm round base included.