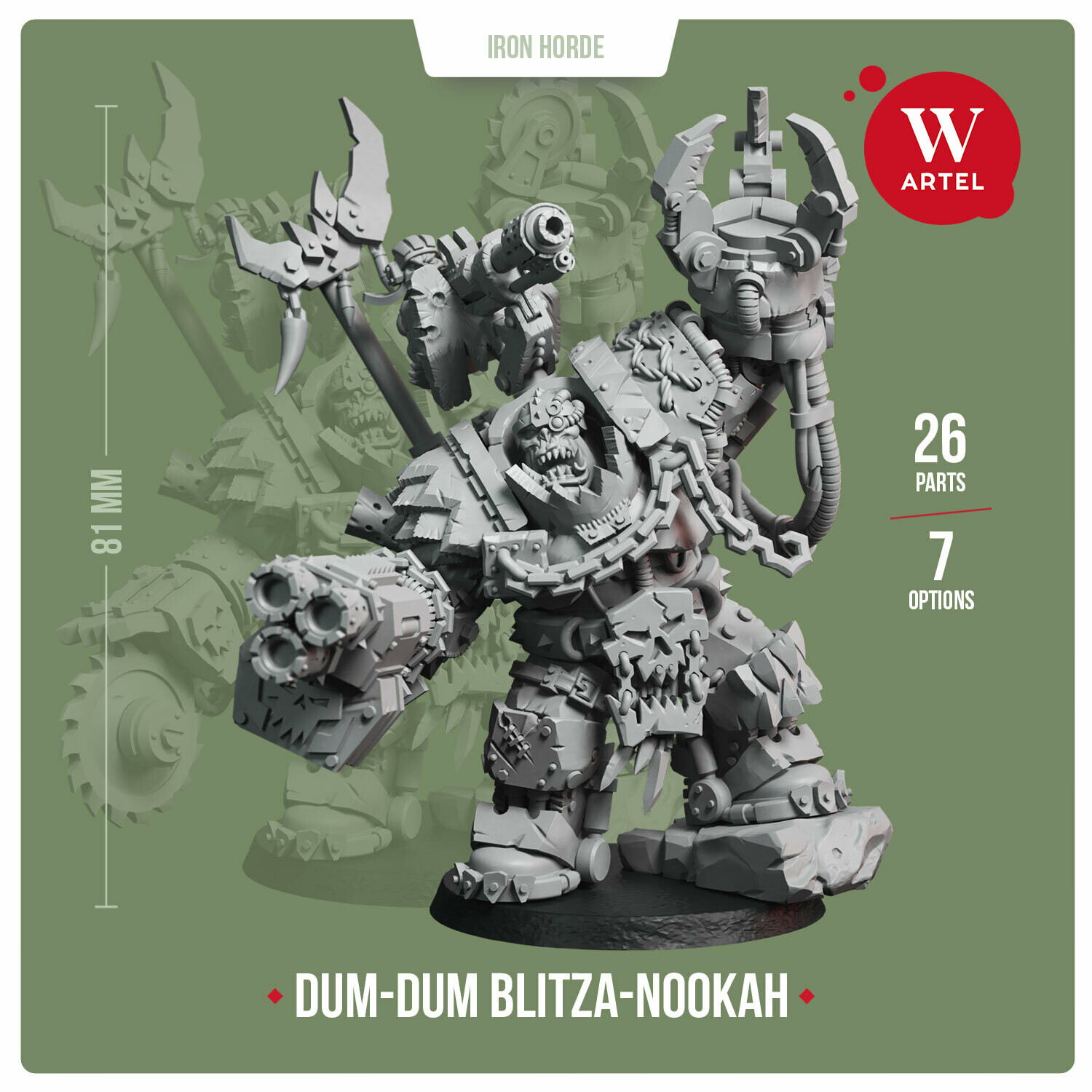 Iron Nookhaz are bodyguards of the Iron Khan. They are biggest, baddest, most fierce, brutal and cunning leaders of the Horde (except for the Khan himself, of course). Each of them tried to challenge the Khan once, and was defeated. Khan sends his Nookhaz to the most trusted Bosses… or vice versa, to those he doesn't trust at all.